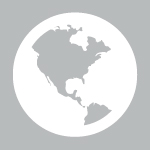 Those potions sell fast, especially Ranging pots and antifires. Yes, it is more cost effective to do lower leveled spells unless you do something to get a gain like superheating mith bars, making teletab, etc.. Just bank the granite should you know you’ll use it later. If you don’t mind wasting money simply shed it for faster exp and buy it afterwards. Teaks are good exp but they’re a pain to lender. Ivy is great, but usually crowded. Ardougne seems like the best place to RS gold cut ivy in my view. Along with your potion choices are fine

Have spoken to shamen and he’s chosen the wompum belt from me. I’ve arrived at the rock, analyzed it, used shovel on it used (a) a flashlight on crevis, (b) a candle onto crevis. Used rope on crevis. Sorry can not remember the exact wording, It has been about a week since I last attempted. Must have attempted at least one hundred times and however fast I am, the candle has been thrown into the crevis along with the rope won’t attach. Tried following the Actions laid out in Sal’s Quest Guide but still the same result.

I don’t know if it’s relevent, but at the screenshot on the manual it reveals the rock as gray with a huge brown ring. Mine is all grey? First of all — it’s really helpful to always check your Quest Journal and make sure it says you are on the right path. To do that, click on the blue star — scroll down to the pursuit”Shilo Village” and see exactly what it says to do next. Provided that: (a) You’ve talked at length with Trufitus; AND (b) Asked him about the Legend of Rashiliyia; AND Actually, you understand, listened to (read) the story; AND (d) Told Trufitis you will look for the Temple of Ah Za Roon.

THEN you’re in fact ready to go and look for it. In locating Ah Za Roon, the manual is the most explicit in its instructions: Light the Candle with your Tinderbox, look at the mound and then dig with your Spade. Throw your Lit Candle to the Fissure that looks, and then toss your Rope down. Climb down and you’ll be at a cavern. Go several paces south and you need to locate a Cave-In; hunt it and twist through. Make sure to not stick to the paths along the river! Lighting the candle. 2. “Look” at the mound. 3. Dig with your spade. 4. Throw your lit candle into the fissure. 5. Then throw down your rope. 6. Climb down.

Looking at the actual world, a topic that was brought up a long time past, and RuneScape, I had a fantastic idea. (imagine fantasy reenactment from Windows 7 commercials) What would happen if I invested in a product, and utilized inflation to add profit? In the real world, the government must put money into the economy to keep it moving, if just a few million bucks here and there. In Sals clan talk a long time ago, somebody brought up the question about where everyone gets their cash. Individuals gave the clear response, monster drops, but it is quite unlikely that all the money comes from OSRS Gold For Sale monster drops.

Sorry, there was no activity found. Please try a different filter.